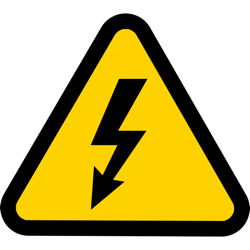 Warning: HIGH VOLTAGE. Be extremely careful when working inside the computer while power is applied and the system is energized. Avoid touching the logic board or power supply while the computer is plugged in. Be very careful not to touch tools to logic board components other than the test pads.
After unplugging the computer from the electrical outlet, wait two minutes before removing the display panel, disconnecting modules, or substituting cables and components. This will allow
the power supply and logic board time to discharge.

The iMac (Retina 5K, 27-inch, 2019) model has five diagnostic LEDs (1) and two pairs of test pads (2 and 3) that can help you troubleshoot the computer without removing the logic board.
The coin battery, located on the back of the logic board, provides power to the real-time clock (RTC) and nonvolatile random-access memory (NVRAM) when the computer is not connected to an AC power source. The RTC maintains the date and time, while the NVRAM stores information such as speaker volume, screen resolution, startup disk selection, and recent kernel panics. The coin battery is designed to last several years and does not normally require replacement. However, if there are issues with the functions listed above, the RTC and NVRAM may need to be reset or the coin battery may need to be replaced. 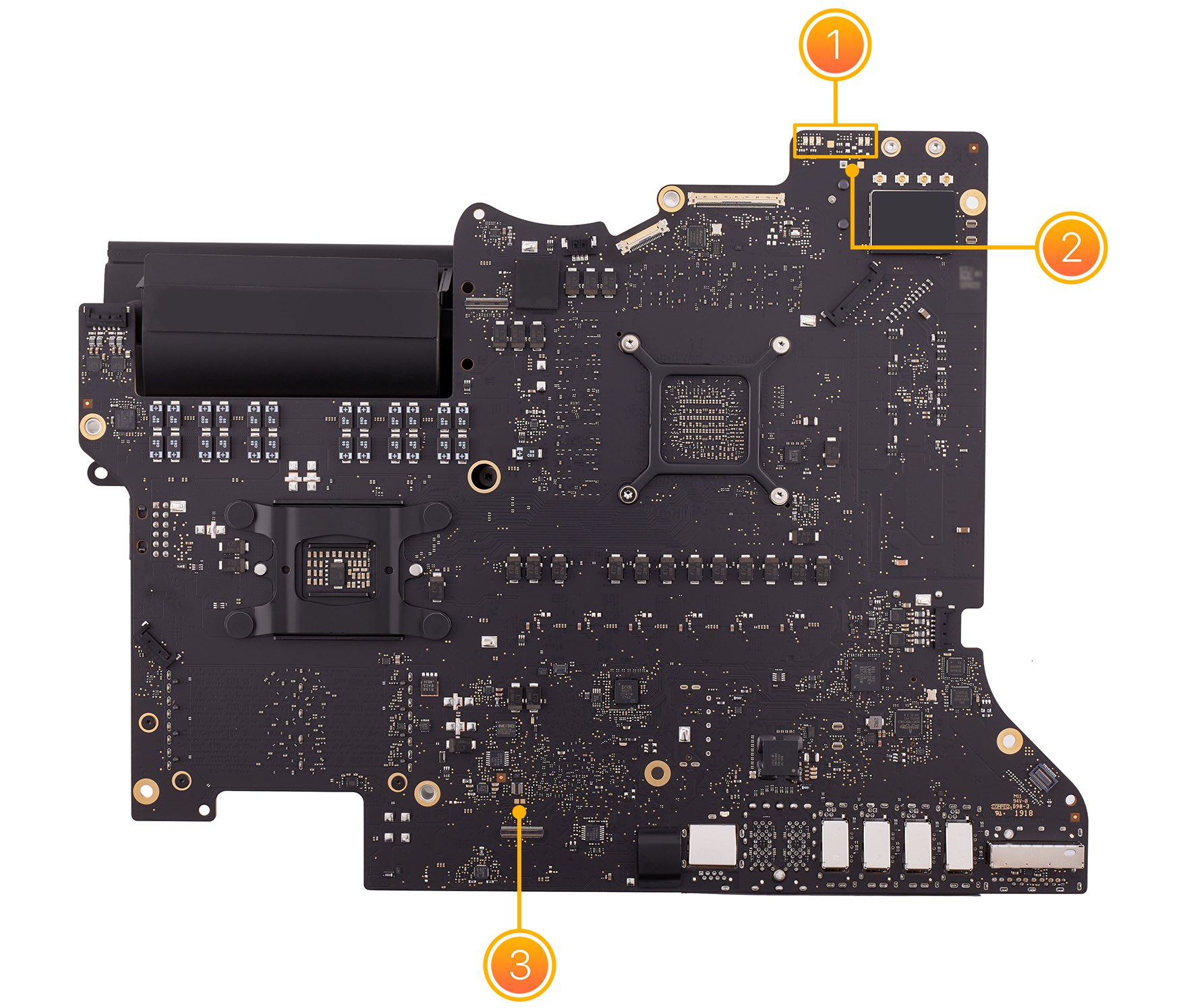 1-Diagnostic LEDs
See the full description of LED behaviors at the bottom of this article. 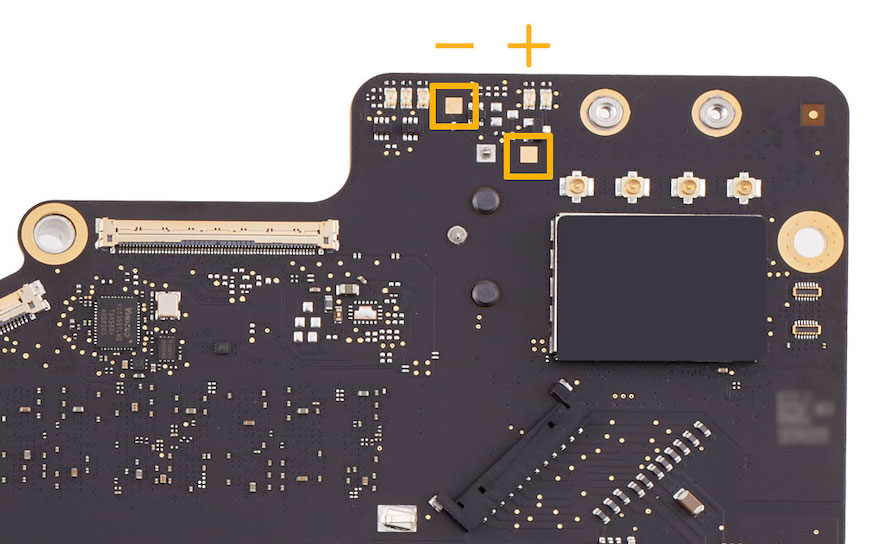 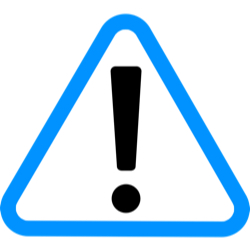 Caution: Do not make contact with any of the surrounding components or traces while performing this procedure. Some of the smaller components can be broken off very easily. Physically damaged boards warrant a logic board replacement. 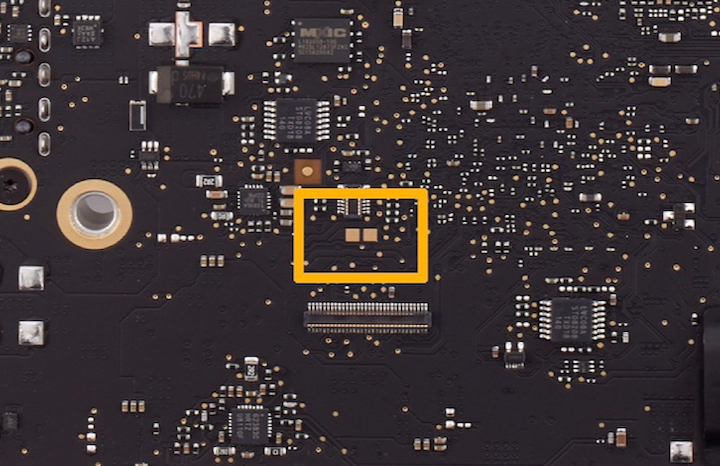 LED 1
Indicates that the trickle voltage from the power supply has been detected by the main logic board. This LED will turn on when you connect the iMac to a working AC power source. The
LED will remain on as long as the computer is on or asleep.
When the computer has been shut down correctly, LED 1 behavior may differ:
After disconnecting and reconnecting the AC power source, this LED could remain off:
LED 2
LED 3
LED 4
LED 5
LED Startup Sequence

Verify whether the fan is running when turned on (reset SMC and NVRAM, verify backup battery voltage for proper startup).
If the fan is not heard, go to the "No Startup" troubleshooting flow.

Member for 1 years
Do you have an idea when LED1 is not working LED 2 and 3 are working. LED4 +5 are not working.
The fan is spinning, I already changed the battery because the voltage was 2.8V.
M

AEVSE said:
Do you have an idea when LED1 is not working LED 2 and 3 are working. LED4 +5 are not working.
The fan is spinning, I already changed the battery because the voltage was 2.8V.
Click to expand...

Hi - did you manage to figure this out?
K